Under the American Rescue Plan, every eligible person will receive a $1,400 third stimulus check “base amount.” For married couples that file a joint tax return, the base amount is $2,800. Then, for each dependent in your family, an additional $1,400 will be tacked on. But not all people will receive the full amount.

(Content below this line is only shown after clicking “Read More”)

​Who Qualifies for the payment?

Taxpayers must have a Social Security number to be eligible for a payment and meet the income requirements detailed above.

While the steeper income phase out reduces the number of taxpayers qualifying for this stimulus payment, all dependents of eligible taxpayers will also receive a payment for the first time. That includes millions of college students, disabled adults and elderly Americans. Mixed-status families — in which some members have Social Security numbers, and some do not — are also eligible, as they were for the second payment.

As the dependents over the age of 17 were excluded under the CARES Act last year from receiving checks, thus the college students did not qualify to receive aid. But this time the dependent students over age 17 are eligible for a relief check with the terms stating that those who file their own taxes and are not claimed as a dependent on a parent or guardian’s taxes and have their own social security number and earn less than the amount stated for aid.

The American Rescue Plan Act includes several other items relevant to college students, such as federal emergency funds for schools to distribute to their students to offset financial hardships brought on by the pandemic. There is also a refundable child tax credit which may benefit students who have children. Like the second stimulus payment, those who owe child support should not have any of their stimulus money withheld.

What if I still haven’t received the first and/or second payment?

The International Revenue Service has sent all the first and second stimulus payments to qualifying Americans that the agency has taxpayer information for. If you believe you are eligible and didn’t receive one, or received less than you qualify for, then you will claim a Recovery Rebate Credit on your 2020 tax return.

You will list the difference between what you are owed and what you received People who don’t earn enough money to file taxes will also need to file a return to get any missing payments.

​Biden said some of the payments could be disbursed later in March. The IRS began sending out the previous round of stimulus payments within a few days of the last relief bill’s passage in December.

Like the other two payments, taxpayers can track the status of their payments with IRS tool provided. Just note that that tool has been glitchy in the past, and can be overwhelmed when too many people try to use it at once.

How will the payments be sent?

The payments will primarily be sent via direct deposit, just like the other two rounds. If the IRS doesn’t have your direct deposit info, you may get a paper check or a pre-paid debit card in the mail. 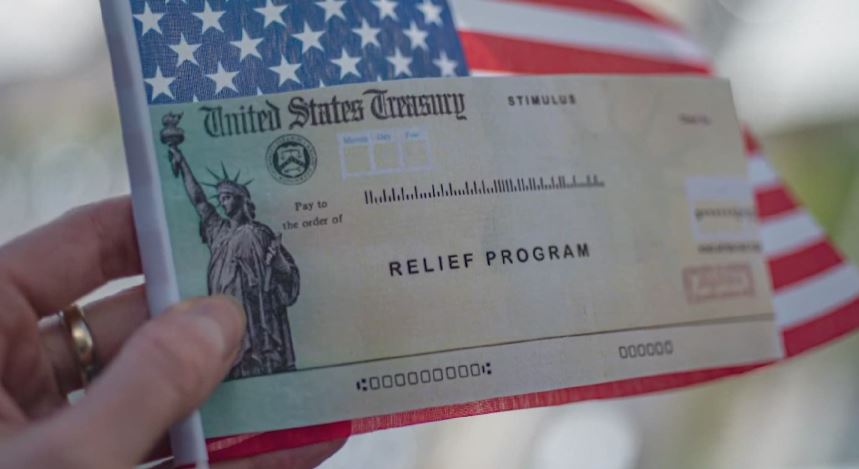 It’s possible because Congress used a process called “budget reconciliation” to pass this stimulus bill — which only allows certain types of legislation to pass through Congress — private collectors will have the right to garnish stimulus check money that lands in your bank account to cover unpaid debts. This is different from the previous $600 stimulus check, which had protections against garnishment.
​
The new checks cannot be garnished for IRS debt or other government debt, such as child support.

This week, several consumer and banking trade groups signed a letter to Congress pushing for legislation, in the form of a separate bill, to protect the new stimulus check funds from garnishment.

“We believe it is imperative that Congress ensure that these next stimulus payments are treated as ‘benefits’ subject to the federal exemption from garnishment, the groups wrote. “Otherwise, the families that most need this money — those struggling with debt and whose entire bank accounts may be frozen by garnishment orders — will be not be able to access their funds.”

If you have not received all your stimulus check money you can go to the IRS website at www.irs.go or you can call American Financial Solutions LLC for help on income tax Preparation need and helping you get you get the most tax refund.  American Financial Solutions LLC in Waterbury Ct is always ready to answer your insurance and tax preparation questions. Moreover, we will give you free and non-obligatory quotes for your insurance and income tax preparation.

Get a Auto or Home Quote

We Do The Shopping You Get The Savings

We Do The Shopping You Get The Savings

Get A Fast Free Auto Insurance Quote. Complete Form Below or Want To Skip The Form Call 866-737-1727